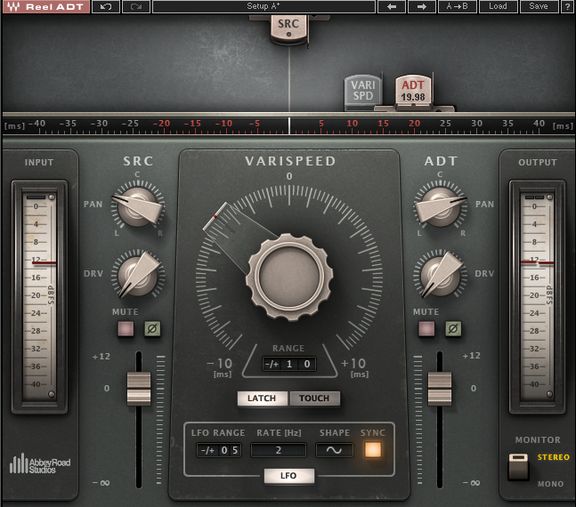 The effect that became an integral part of Abbey Road’s signature sound was initially created at the famed studios in the 1960s to meet the needs of some very special clients: The Beatles.

All the character, depth and panoramic sound of this inimitable classic effect can now be created digitally, simply and for real: Reel ADT.

Reel ADT is available to purchase for the introductory price of $99 USD for Native (regular $200 USD) / $300 USD for Soundgrid.