Waves has launched SoundGrid Studio System, a real-time processing and networking platform designed to bring your studio up to light speed.

It allows your DAW to offload its plugin processing and enables your devices to communicate with one another and with the devices of the people you work with.

The SoundGrid Studio system integrates seamlessly with all DAWs and SoundGrid-compatible I/Os, providing endless possibilities for setups of every size—from a single DAW with one SoundGrid I/O, to an entire network of host computers, I/Os, and SoundGrid DSP servers.

StudioRack is an advanced software rack designed to save and run Waves plugin chains. 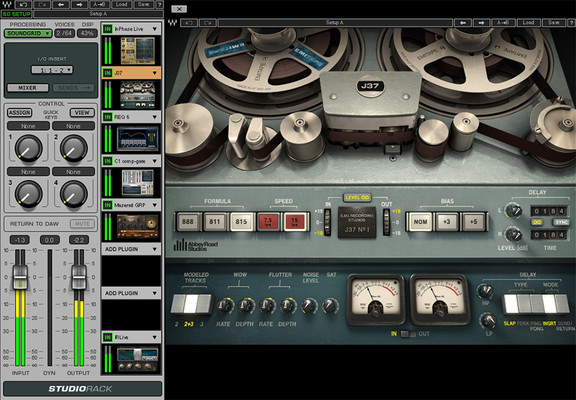 It is compatible with most DAWs and allows you to save your own plugin chain presets, including the individual presets of each plugin within your chain. And no matter on which DAW you saved your presets, StudioRack will load them on any DAW.

MultiRack SoundGrid and MultiRack Native v9.7 bring many new advances and improved stability and are compatible with the new SoundGrid Studio System. 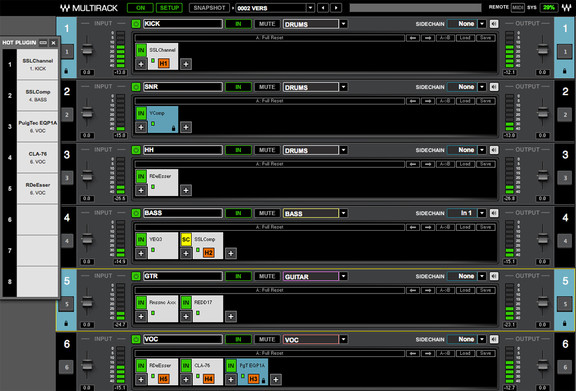 As part of the groundbreaking release of the SoundGrid Studio System, all new 9.7 installer versions of Allen & Heath M-Waves, Yamaha WSG-Y16, and DiGiGrid MGB/MGO MADI interfaces include the new SoundGrid Studio Application with its SoundGrid ASIO/Core Audio driver, opening up a whole new world of possibilities.

FXpansion Tremor 50% off at Plugin Boutique

50% off Cinematic Grand for Kontakt at VST Buzz