Wavesfactory has announced the release of 2Ebow, an ebow sample library for Native Instruments Kontakt.

The EBow is a hand-held, battery-powered electronic device for playing the electric guitar, invented by Greg Heet in 1969. Instead of having the strings hit by the fingers or a pick, they are moved by the electromagnetic field created by the device, producing a sound reminiscent of using a bow on the strings.

We sampled sustain and release notes from 2 guitars, acoustic and electric, using an ebow. With this instrument you can achieve a wide range of sounds because of its built in effects controllable directly from the GUI (rendered in 3D). 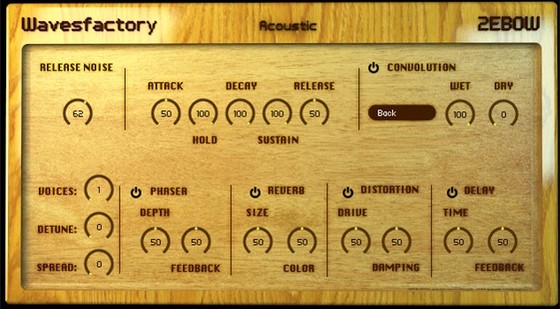 The sample library is available for 14.95 EUR.