Wavesfactory has announced the release of Mercury Lite, a CPU friendly version of the Fazioli grand piano instrument library for Native Instruments Kontakt. 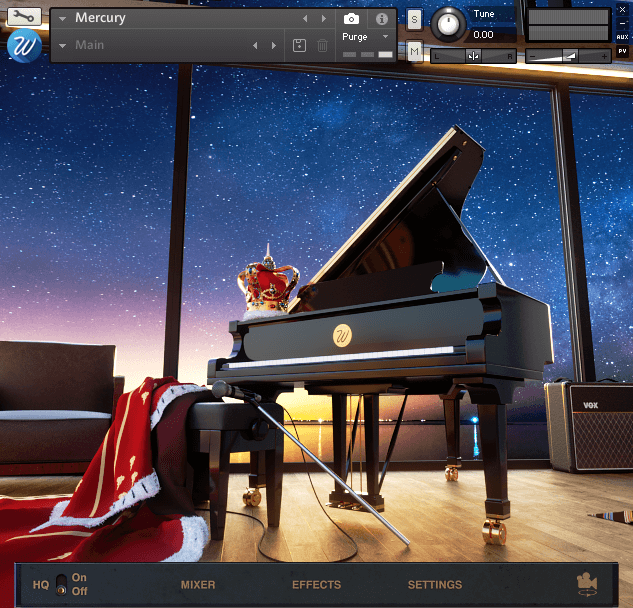 Mercury is a sample library based on the Freddie Mercury’s Fazioli grand piano recorded at Metropolis Studios in London. It’s been our flagship instrument since we first released it.

We like to hear and learn from what you say about our work, and although the feedback has been really good, some of you pointed that the CPU was too high.

That’s why we are releasing a lite version that combines the 5 mic positions into 1 single file, which makes it 80% lighter but still retaining the same sound.
Same velocity layers, effects (including Metropolis Plates), HQ and settings. This version doesn’t include the mixer page and it has 2x round robin instead of 4x.

Mercury Lite is available for purchase for 59 EUR. Note that the Lite version requires a full version of Kontakt, while Mercury Pro (149 EUR) is compatible with Kontakt Player.