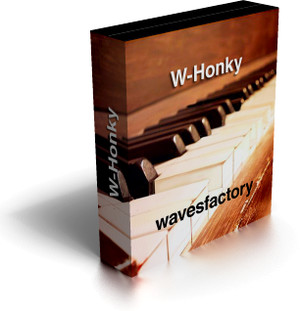 Wavesfactory has announced the release of W-Honky, a sampled instrument for Native Instruments Kontakt.

It is the imitation of the “Mrs Mills” sound, a piano from Abbey Road Studios with which The Beatles, Elliot Smith, etc, recorded some of their tracks.

We’ve reached this sound with the combination of two different sounds. One is a vertical piano (Kawai, 1984) mixed with a digitally processed plucked piano signal to give the metal sound of the attack. This signal is slightly detuned to achieve the honky tonk sound.

Sounds amazing to us, very usefull with the “old fashioned” piano songs and the beatlesque sound. This is the piano sound used in “Lady Madonna” (Beatles), “God” (John Lennon), Lost and found (Elliot Smith), and many others.

W-Honky is available to purchase as a download for $19 USD.