Wavesfactory has released its new audio effect Echo Cat, one of the world’s most beloved tape echos perfectly replicated as an audio plugin.

Based on the WEM Copicat, Echo Cat retains the original sound and offers modern features like ducking, M/S and tempo sync.

Invented in 1958 by Charlie Watkins, the Copicat delay was an instant hit. Featured in countless albums from the 60s and 70s and used by great bands like The Shadows and Pink Floyd. Primarily designed for guitar, it’s now a sought after piece of equipment in studios around the world.

Echo Cat brings back the sound and behaviour of the original unit with authentic tape simulation and three playback heads. With added extra features that any modern delay plugin should have. These include M/S processing, tempo sync delay times, filters on the feedback path, varispeed, modulation and ducking.

Wavesfactory has meticulously modelled the sound of the original unit by analysing a high number of signals through Copicat. 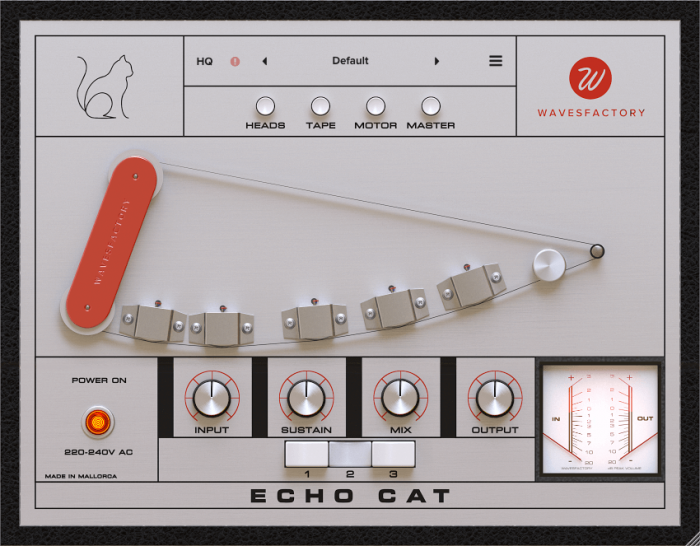 Available in VST/VST3, AU and AAX plugin formats for Windows and Mac, Echo Cat is on sale at Plugin Boutique for the intro price of 39 EUR until December 3rd, 2020 (regular 79 EUR).

The Wavesfactory Effects Bundle including Trackspacer, Spectre, Cassette and Echo Cat is on sale at a 30% discount, priced 199 EUR.