Wizdom/moForte’s GeoShred virtual instrument for iPad is both a serious musical instrument and a whole lot of fun. A fusion of development partner Wizdom Music’s Geo Synthesizer user interface and moForte’s stunning modeled guitar and effects chain, GeoShred lets you perform impressive guitar-like parts, as well as things no guitarist could ever play. 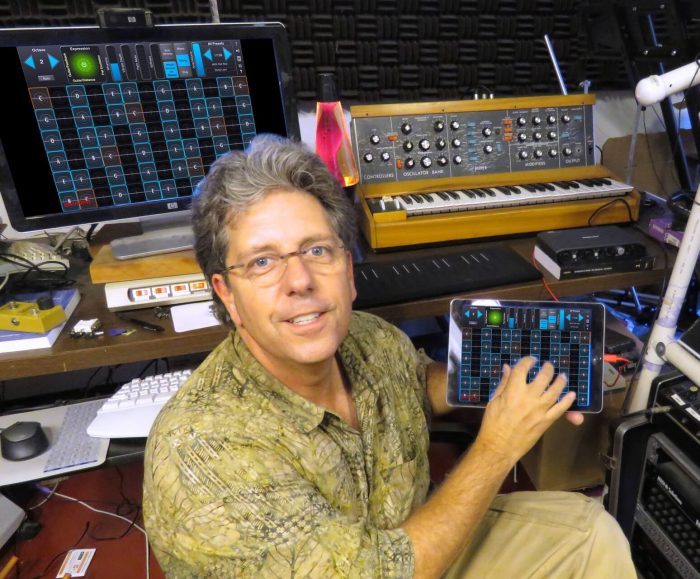 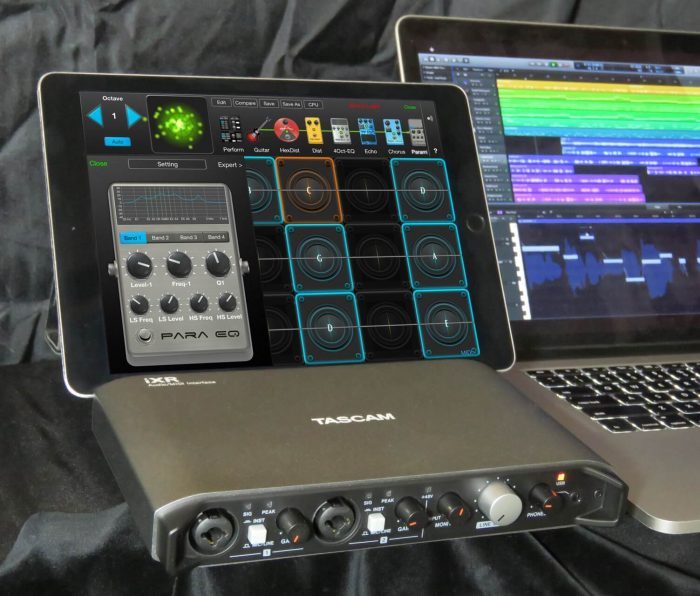 “With the blending of Wizdom and moForte technology, we have created one of the most expressive MIDI controllers out there,” asserts moForte’s Denis Labrecque. “The control aspects of what we can do over MIDI are just astounding. At the same time, our physical models are the result of years of research and development, and sound quality is crucial to what we’re delivering. We need to hear exactly what our software is doing. The iXR is pretty spectacular for that – it sounds great, it has an excellent dynamic range, and it responds very well.”

“The iXR interface was perfect for our use in developing GeoShred,” observes Wizdom Music founder Jordan Rudess. “Its simple but powerful control was a complement to GeoShred’s advanced MIDI implementation.”

“We’re musicians with trained ears, as well as audio DSP engineers” adds moForte Chief Technology Officer and acting CEO Pat Scandalis. “As a guitarist, I enjoy playing GeoShred through the TASCAM iXR for fun as well as for development purposes because our models sound the way they’re supposed to. We’re delighted with the iXR because it sounds clear, clean, and accurate.”

Another consideration for the moForte team was the iXR’s direct native support for iOS devices. “We wanted one interface for MIDI and audio that provided a direct connection between our test iPads and our interfaces, with no Apple Lightning to USB Camera Adapter in between,” Scandalis explains. “It just keeps things simpler. It’s easy to use, and it has been very reliable.”

Of course, since moForte is using the iXR to develop virtual instruments, they don’t utilize the Ultra-HDDA preamps in their work. “True,” agrees Labrecque, “but the preamps are of high quality, and I think many of our customers would love them. One thing I know, though: If a GeoShred user wants to listen and perform with the same sonic quality we hear it in development, they should try it with an iXR.”

The TASCAM iXR is available for purchase for MSRP $259.99 USD ($159.99 USD street). It works with virtually all audio recording apps for Mac, Windows, and iOS and comes bundled with Cubase LE for Mac and Windows and Cubasis LE for iOS.