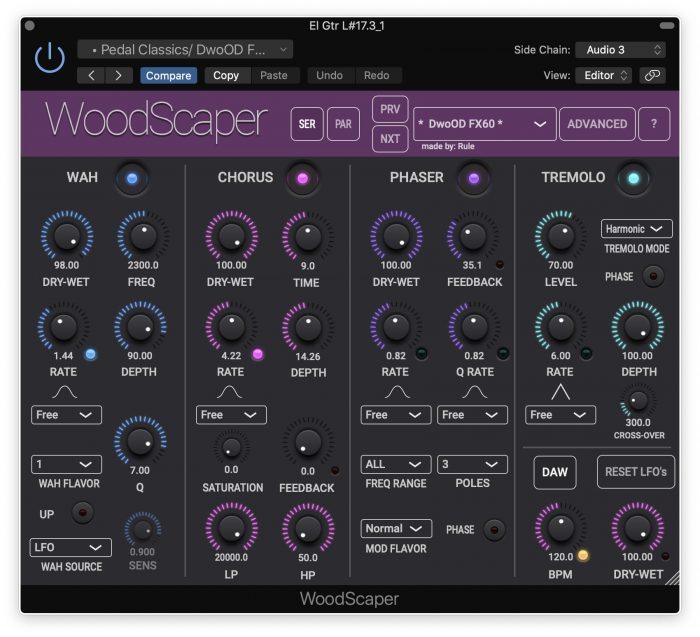 Version 1.2 adds Next and Previous preset buttons and some more improvements and fixes.

Besides the familiar controls each effect has some extra not-so-commonly-found options. The 4 effects can be routed in series (pedalboard mode), parallel (DAW mode) or some combinations of those modes. Panning or the Stereo control can create stereo sounds from a mono input source.

Heavyocity Mosaic Voices for Kontakt Player on sale for $59 USD