A lot of changes inlcuding an improved GUI with a new waveform editor, new menus, and a better looking skin. Takes less CPU on user waveforms. Presets are not compatible with the old beta version! 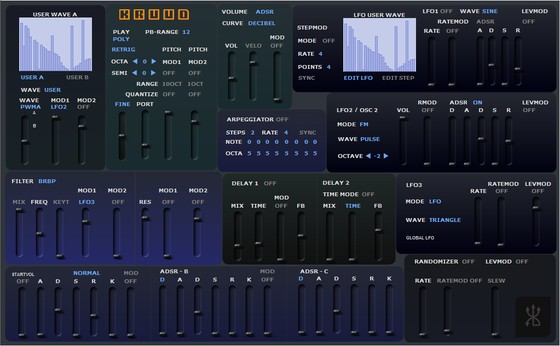 The Kruud plug-in is available as freeware for Windows (VST).