Xenobioz has released version 1.0 of Aegis, a free synthesizer instrument for Windows. 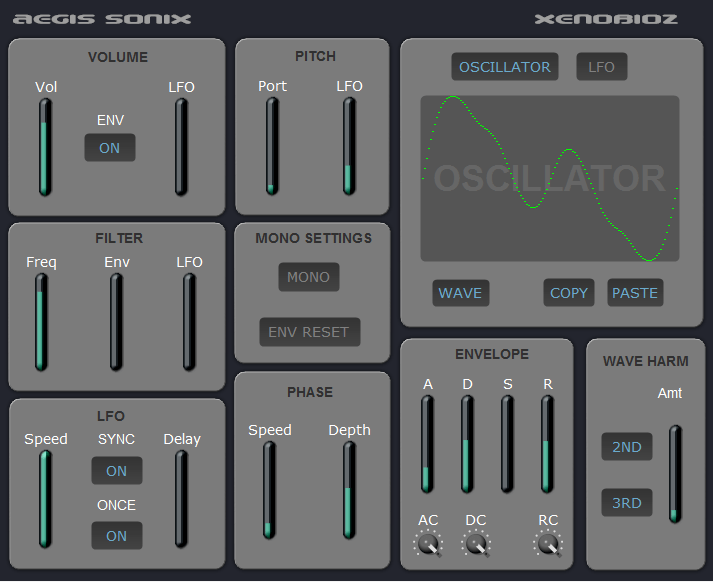 Aegis is inspired by the old Amiga 500 softsynth Sonix by Aegis. It’s main features are the Drawable Oscillator and LFO waveforms and a special type of Phase Distortion.