Xfer Records has released version 1.09b2 of SerumFX, an effect plugin version of Serum that allows you to use its effects “rack” section on other tracks/instruments in your song projects.

This is a bonus plug-in, some suggested I should charge for it, but I decided to give to Serum users for free (as I do with all updates), as a token of thanks for your support!

DISCLAIMER: using this plug-in at this time should be considered “at your own risk”. I don’t consider it ‘experimental’ and I don’t foresee any major issues (or I wouldn’t put it here) but you never know.

Changes over the instrument version

SerumFX for Windows and Mac (VST/AU/AAX) is available as part of Serum, which costs $189 USD. 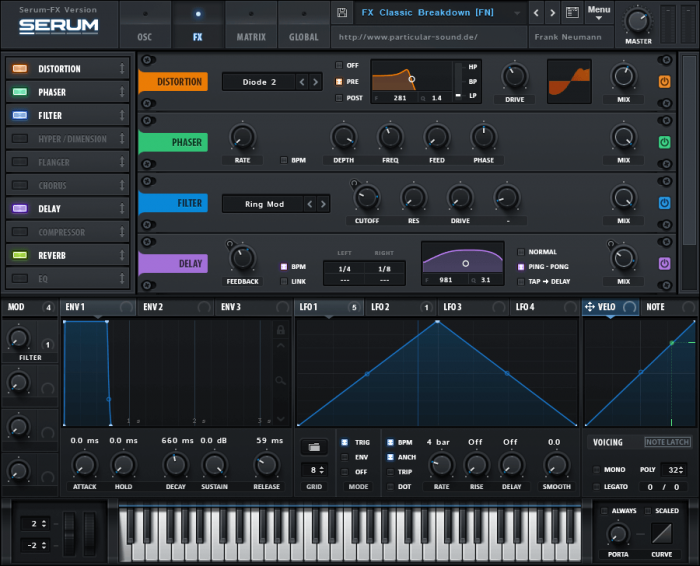