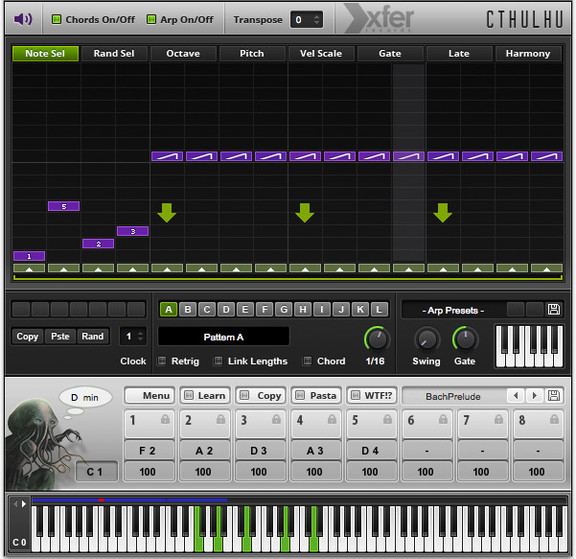 Cthulhu is firstly a chord memorizer and player, allowing you to experiment with creating and reworking chord progressions with single-note presses. The other half of Cthulhu is a unique pattern-based arpeggiator, allowing incoming notes or chords to be manipulated in various rhythmic ways.

Cthulhu for Windows and Mac (VST/AU) is available for purchase for $39 USD.