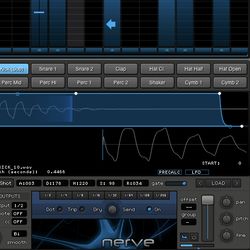 Xfer Records has released version 1.1 of its Nerve drum synthesizer instrument for Windows and Mac.

Nerve is a software drum machine which brings powerful beat creation and manipulation to your Host Sequencer. Nerve runs as a VSTi or AudioUnit plugin. Nerve was designed and coded by veteran dance music producers, with a diverse sample library included from many of todays top sound designers.

Nerve is available to purchase for $199 USD. The update is free for existing Nerve users.

Back In Time Records updates ManyOne Deluxe to v2.0