Xhun Audio has released an update to its LittleOne analog modeling synthesizer instrument for Windows and Mac.

Version 3.0.5 offers improvements and bug fixes for problems that occurred with certain Hosts and/or Operating Systems. 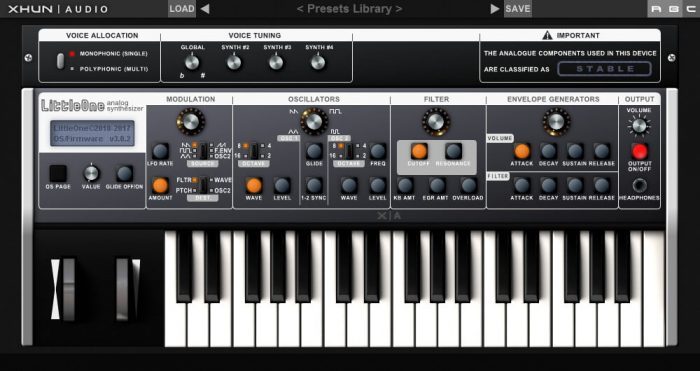 This update improves stability when using LittleOne for music production scenarios. It is important to reload LittleOne in a Host/DAW (just once, after the plugin update), if it has been used in previous tracks/projects.

LittleOne version 3.0.5 update is available now for download from Xhun Audio website. This update is free of charge for all registered users.