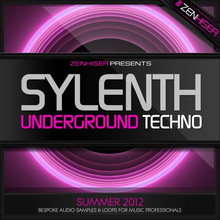 Zenhiser has announced the release of its Sylenth Underground Techno soundset for the Sylenth1 software synthesizer by LennarDigital.

Delving deep into the underground techno sound this preset pack from Zenhiser delivers a master hub of uber cool techno patches for your Sylenth synth. Until now the sub genre styles of presets have always been somewhat limited but we’re doing something about that.