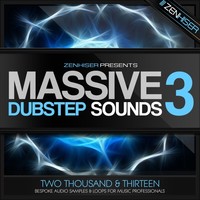 Once again we’ve loaded up the bass presets as this is where you always hit first, there’s just about everything in here to make your dubstep tracks drive and power through. Then there’s the obligatory Dubstep FX followed by some crazy Dubstep Synths and Pads to finish off the perfect mix.

This definitely is another monster Dubstep preset pack so check out the preview to know exactly what we are talking about.