Zenhiser has announced the release of Massive Trap Presets 2, a new collection of 100 trap presets for the Massive synthesizer instrument by Native Instruments. 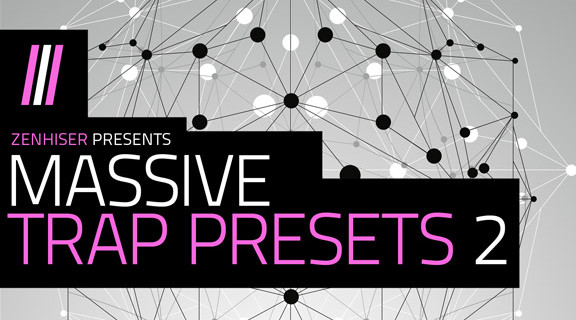 We’re back with our second instalment into Trap presets for Native Instruments Massive Synth…. and this one’s an absolute monster! 100 unique Trap & Twerk sounds designed to assault your audio senses, ideal for any Urban genre including Trap, D&B, Twerk & Hip Hop. We’ve covered all the main sections of your Trap tracks within these presets including a ‘Sub’ section for those deeper 808 style sub sounds and other sonic possibilities you may not have heard before. The bass presets are simply monstrous, the leads as hooky and dirty as can be, the fx perfectly suited for Trap and plucky presets to finish this preset pack off to perfection.

With Massive Trap Presets 2 we again focused on delivering the most high end Trap sounds possible so you have an instant array of new Trap & Twerk sounds that can be utilised in seconds. Nearly all the presets have macro controls so you can edit and manipulate the sounds on the fly, giving your tracks movement and momentum when they need it.

The soundset is available for purchase for $30 AUD.