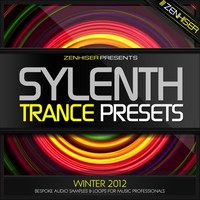 Zenhiser has announced the Sylenth Trance Presets soundset for the Sylenth1 software synthesizer by LennarDigital.

It’s time for a trance overhaul of the Sylenth synth and this bank of 100 trance presets from Zenhiser is absolutely outstanding. Ranging from massive leads to plucky synths, with rolling bass sounds and everything between this is a Sylenth preset pack that will be in every trance producers collection.

The attention to detail in the programming is second to none which lifts these trance presets sounds to a whole new level. Designed to encompass not only what is happening in the trance arena today but also to deliver some new exciting trance sounds that simply have not been heard before, this is what makes these sylenth trance presets stand out from the rest.

The soundset is available to purchase for $25 AUD.

Native Instruments offers 50% off on Kontakt 6 (including updates)