ZenSound has announced the release of a new soundset by Complex for the Repro-1 synthesizer instrument by u-he. 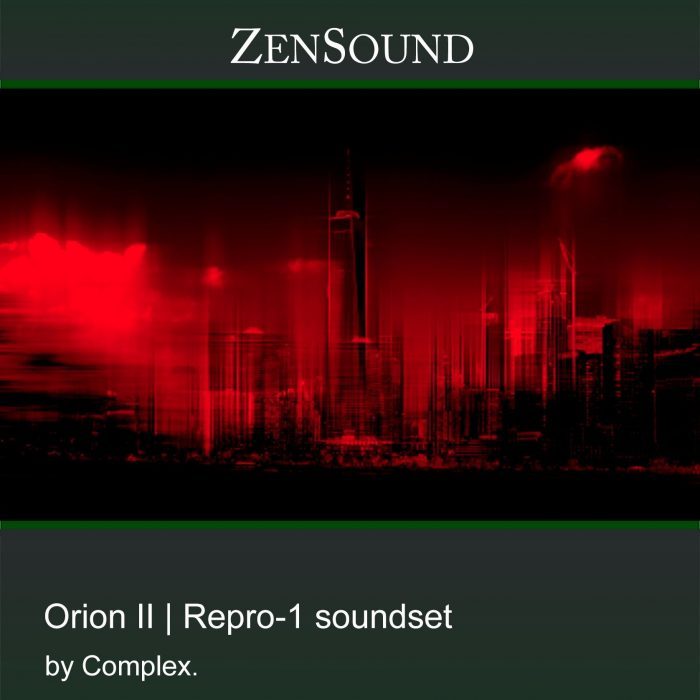 Orion II is the second volume in a series of soundsets designed to capture the spirit of the soundtracks of Blade Runner 2049 and Stranger Things.

Orion II replicates the sound from the well known synths Pro-One and Yamaha CS-80; like his predecessor you can expect nice analog synth sounds from the eighties, making this soundset a source of inspiration for producing cinematic, synthwave and ambient music.

All the patches dive deep into the analog and warm territory in which all the sounds have plenty of the pleasing low end frequencies.
Orion II is formed by sequences and arps with a renowned 80’s fell, lush cinematic leads and pads, unique and original keys, smooth and silky Vangelis style synths, dystopian ambiances, deep basses, bass loops and punchy percussion loops.

In a nutshell — simple ideas that will allow you to easily make whole tracks.