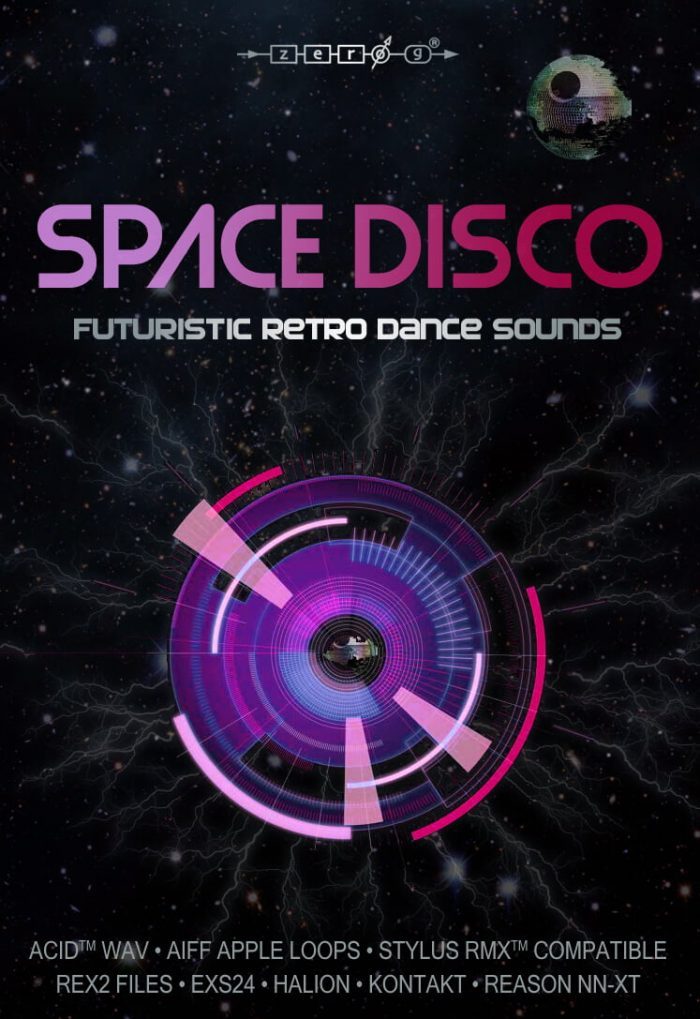 Think Giorgo Moroder. Hear Space Disco. A fusion of disco music with futuristic themes, sounds and visuals, that became popular in the late 1970s and exactly what you can expect from this latest sample pack from Zero-G.

All the samples in this library have been pre-cleared and are 100% original and royalty-free for your musical use without any additional licensing fees.

Space Disco is available now with an introductory 20% off PLUS when you buy from Zero-G or Time+Space you’ll also receive Zero-G´s Classic Disco Starter Pack worth £23.95 GBP for free.