Version 1.2 brings some improvements and fixes, including an output monitoring source selector and input gain control. 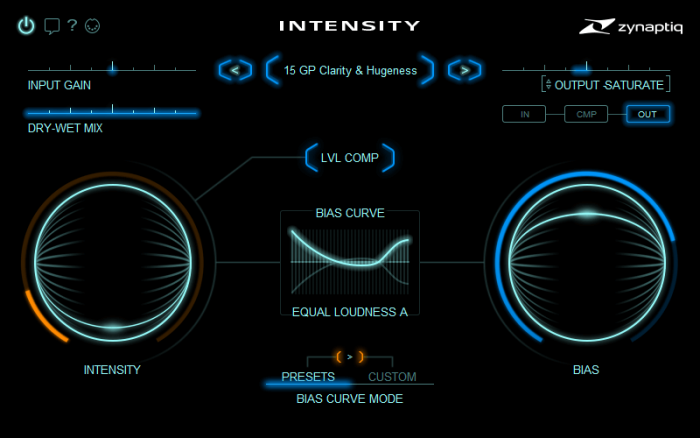 The unique algorithm carves out important signal features – making sounds sound more like themselves – and is operated with essentially one control.

Between the proprietary algorithm and an optional soft-knee saturating limiter in the plugin’s output stage, INTENSITY also excels at attaining maximum loudness and creating a beautifully aggressive tone.

Intensity for Windows and macOS is still available at a 60% introductory discount until August 1st (regular 149 EUR).