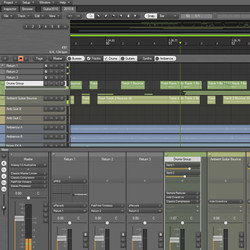 Podium is a modern digital audio workstation (DAW) for Windows. It supports recording and editing of audio and MIDI, and hosts VST instrument and effect plugins.

Podium Free is a freeware edition of Podium. It is fully functional with only a few feature limitations. Download and installation does not require registration.