112dB has updated its Redline Reverb effect plug-in to version 1.0.6, including several bug fixes and a 64-bit version for Windows.

Redline Reverb is a musical reverb based on a completely new and original concept that excels in both warmth and transparency at extremely low CPU usage. Its core algorithm is based on the Rev-6 and Space Master Reaktor ensembles by Martijn Zwartjes. With its many sound enhancements, an intuitive and attractive new user interface, and much optimized CPU usage, Redline Reverb represents the next generation of these celebrated algorithms. 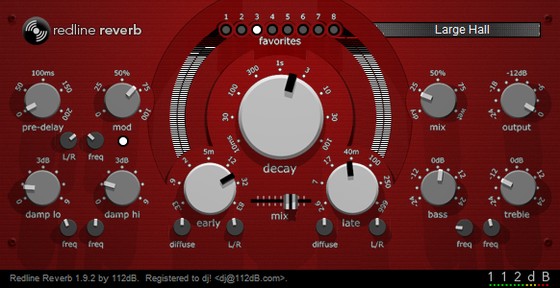 Redline Reverb for Windows and Mac (VST/AU/RTAS) is avaialble to purchase for 149 EUR. The update is free for all registered users. An unrestricted 60-day evaluation version is available.