112dB has announced the release of Mikron Delay, an audio effect that has has been inspired by the classic bucket brigade delays and tape delays of the past. 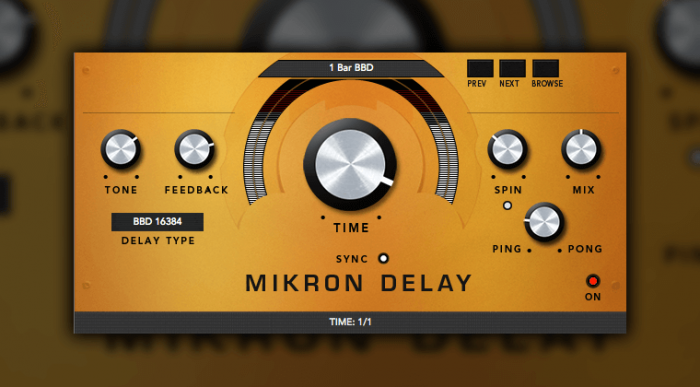 It is not an emulation of one of those classics in particular, but tries to capture the spirit of these devices: the secret ingredients that make those old school devices sound so incredibly fantastic.

The Mikron Delay user interface is deliberately kept simple. That was another lesson we learned from the stompboxes that we used as our inspiration. You really don’t need that many knobs to get a great sound.

In fact, too many features can stand in the way of the creative process. More features also means more tweaking and having to delve into all kind of technical details. And that often distracts you from what it’s all about: creating music.