VST Buzz has launched a sale on Lambda, offering the synthesizer instrument for NI Kontakt by Rhythmic Robot at a 60% discount for a limited time. 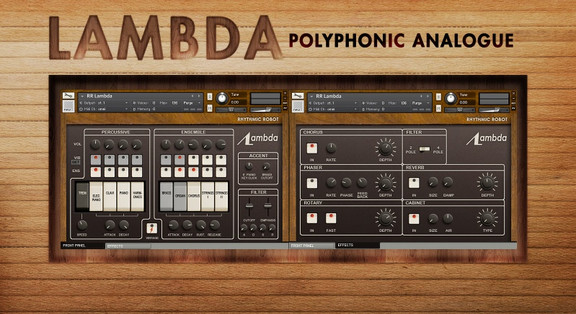 First produced in 1979, the Korg Lambda ES50 was a monumental wedge of polished wood and analogue electronics designed to take the string synth concept to a higher level. It distinguished itself from string synths that had gone before on a number of fronts: it was fully polyphonic, not paraphonic; it had a host of real-time tonal and envelope controls over the sound; it combined string and ensemble sounds with key sounds like pianos, EPs and clav; and most of all, it included a rich, analogue, swirling, stereo chorus effect.