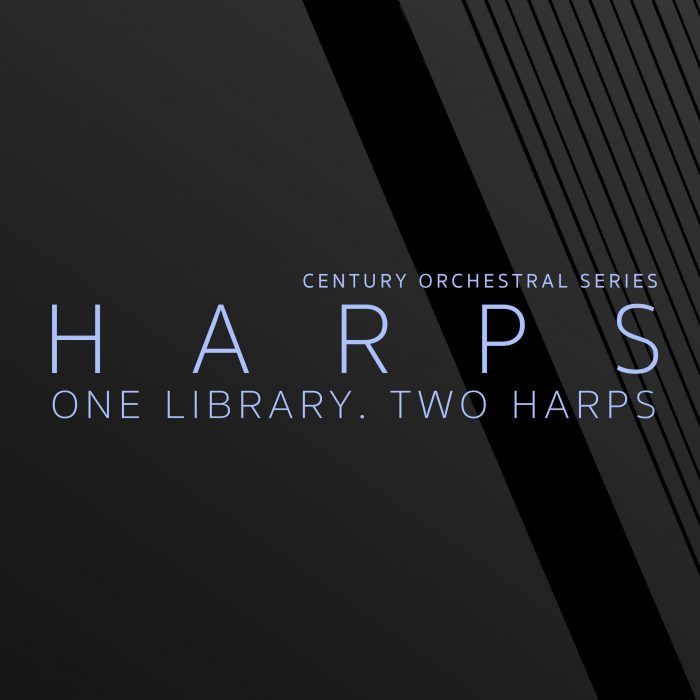 8Dio Century Orchestral Harps contains two separate concert harps, each chosen carefully to represent a different facet in the realm of harp tones. Harp 1 is a bright, bold and shimmering Venus Concert Harp. The instrument can sound delicate, but it also has vibrant highs which can cut through and soar in your orchestral compositions.

The second instrument is a Lyon & Healy Concert Harp. It has a mellower and rounder tone. The instrument can sit back in a mix, and will add a warm depth to your orchestrations. While it has a wonderful bold tone at higher dynamics, It’s perfect for delicate/quieter passages. We think of it as a softer, scoring harp.

The dynamic range of a concert harp is very broad. Harps are capable of the softest feathery pp all the way up to a thunderous ff. This presents a particularly difficult challenge when it comes to sampling. For us, the real magic of the harp exists in the softer dynamics. It is impossible to capture this softer dynamic range without encountering some noise (particularly in a large sound stage). For this reason, softer dynamics are often under represented in sampled instruments.