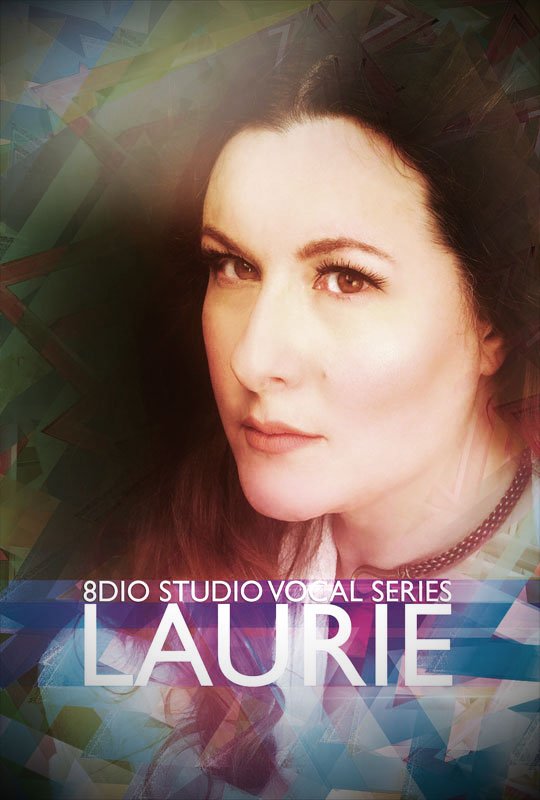 Laurie is best known for her contemporary and neoclassical voice, which spans over a vast array of genres, including Celtic, Balkan, Middle-Eastern, Operatic and Folk music styles.

Studio Vocals Series: “Laurie” contains a deep-sampled set of articulations primary focused on capturing her Celtic, Balkan and Operatic styles of singing. You will find both True Legato, Sustains, Marcato and Phrases in both Celtic and Balkan style of singing. We created a completely new method for legato sampling, which we deployed into the Balkan Legato. The method is called Flex™ Legato and gives a much more rich and varied type of legato – where Laurie essentially changes vowels on all legato transitions. We also sampled her Celtic Legato in traditional legato fashion, so you have access to both methods of sampling.

The Studio Solo Vocals: “Laurie” also contains a massive selection of 2 x 20 different multi-vowels, which is concept we introduced in our 200 Person Epic Choir, Lacrimosa. The multi-vowels in both libraries are 100% compatible, so you can literally have Laurie sing exactly the same as the choir and match them perfectly. We also recorded three different types of sustains, which each contains 6 vowels. You have standard sustains, sustains with vibrato and more subtle Celtic type of sustains. We also recorded two styles of Marcato (standard and Balkan), which each contains 11 different vowels.

The library also contains over 2.700 different phrases, which are divided into different categories such as Celtic, Soft Celtic Talking, Soft Middle Eastern, Belting Balkan etc. The phrases are designed to be used with the multi-sampled content and give you a wide introduction to Laurie’s extensive vocal palette.