Algonaut has released an update to its Atlas AI powered drum sampler that makes browsable maps and generates endless drum kits from your own sample packs. 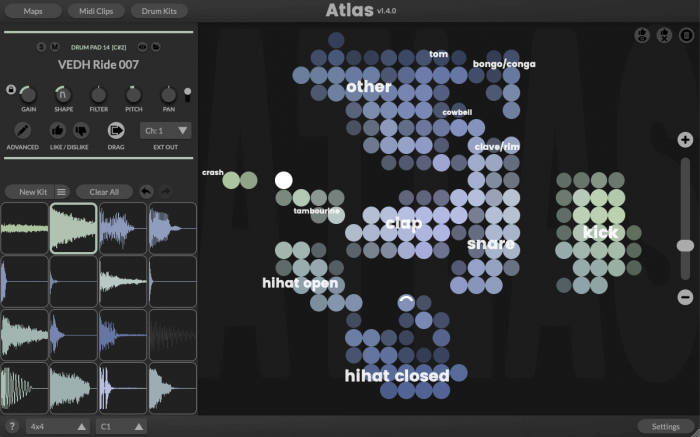 Version 1.4 contains a number of features that have been requested by users that make Atlas even more powerful.

The latest Atlas v1.4 update adds the ability to automate any parameter in Atlas with you DAW including the new controls such as fine tune, shape curve and resonance. You can also now navigate your maps with the arrow keys and other keyboard shortcuts which speeds up sample hunting. As well as of course a number of other improvements!

Atlas for Windows and Mac (VST/AU) is available for $99 USD. You can download a 10-day trial with no limitations to test out Atlas with your own sample packs from the website.