Apogee Electronics has announced the MiC 96k for Windows and Mac, a professional 96kHz, 24-bit USB microphone that makes it easy to capture vocals, voice overs, podcasts and acoustic musical instruments on your Windows or Mac computer. 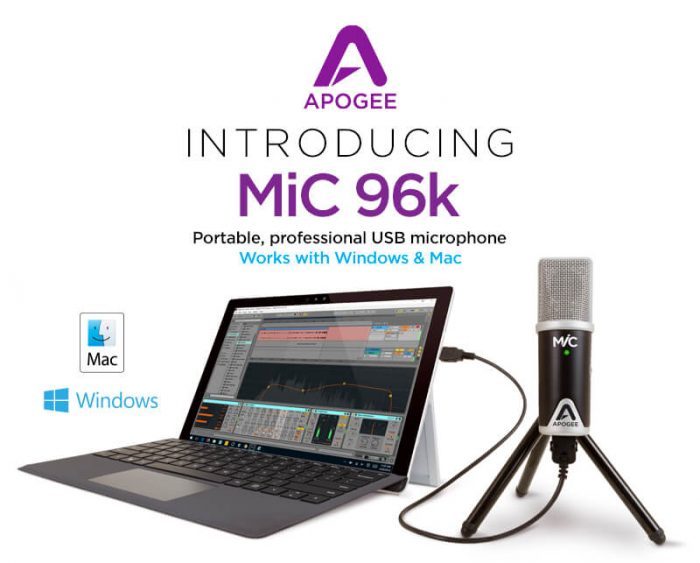 Apogee MiC is a professional studio quality USB microphone you can directly connect to your iPad, iPhone, Mac or Windows 10 computer. About the size of an iPhone, MiC makes it easy to capture your best take with incredible quality, anywhere your music takes you. Record any sound you can imagine, from vocals to voice-overs, instruments to interviews and everything in between.

“We are very excited to offer a version of MiC 96k to a whole new audience,” commented Sean McArthur, Apogee’s Director of Marketing. “Since we launched MiC for iPhone and Mac in 2011, customers from all over the world have been asking for Windows compatibility,” he continued. “We recognize that working across multiple platforms is becoming a requirement for many creative people and we want to empower them with the best tools for their preferred workflow.” he concluded.