Arctican Audio has announced version 2.0 of Midi Madness, an algorithmic melody generator for Windows and Mac. 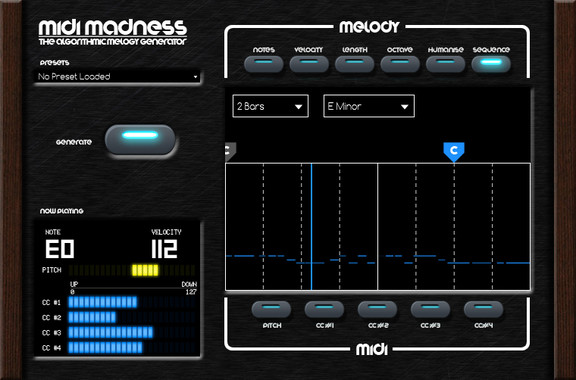 I have reversed-engineered the previous version, and completely re-written the plugin from scratch.

The plugin generates an infinite amount of MIDI melodies, from the parameters set in the user interface. I have added a live play feature, not present in version 1, that plays back the generated clip, in sync with the DAW.