Auddict has announced the release of Drums of the Deep Vol.1, a collection of earth-shuddering drums for Native Instruments Kontakt. 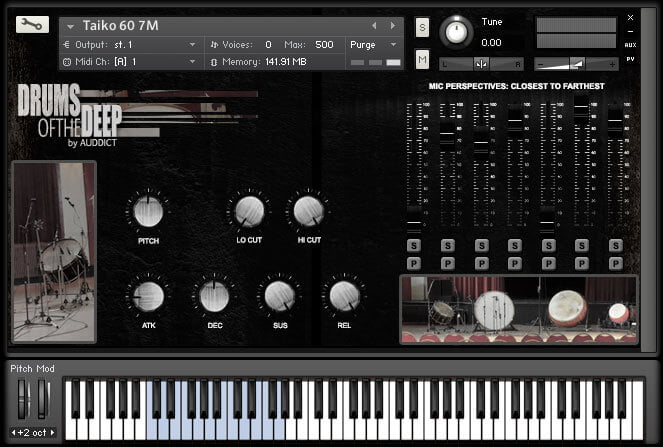 A number of the drums we recorded are originals used regularly on major film scores, and now you can have these exact instruments at your fingertips!
Many many microphones were used to ensure we did not miss out a single quality that these magnificent instruments had to offer. This library includes two versions of each drum – a seven mic position version, and a three mic position version.

The three mic position version is our own professional produced version, with a CLOSE, MID and FAR perspective, each carefully produced from a number of mics placed around the drums by us, in a manner that really brings out the character of each instrument.

The seven mic position option is different, in the sense that it includes seven direct mic feeds (un-produced), with perspectives in order from close to distant, so that you can also go deeper into the sound than just three perspectives, and carefully tailor the sound to your purposes.

Drums of the Deep features

Drums of the Deep Vol.1 for Kontakt 4 or higher (full version) is available for the introductory price of £50 GBP for a limited time (regular £100 GBP).