Plugin Boutique has launched a promotion on the audio separation tools by Audionamix, offering discounts of up to 33% off for a limited time. 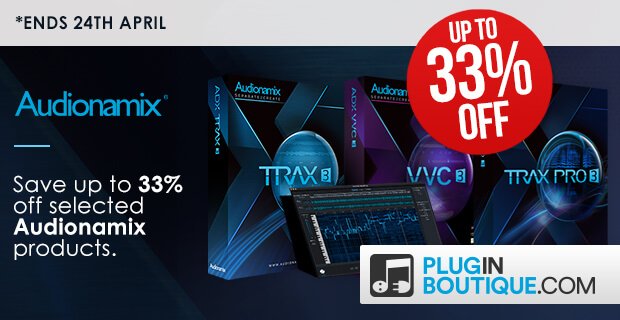 Since 2008, Audionamix has established itself as the global leader in audio source separation. Based on years of audio research, the company developed the revolutionary, patented ADX Technology and continues to pioneer audio solutions for the film, broadcast and music industries.

The sale includes ADX TRAX 3 and ADX TRAX Pro 3, ADX VVC 3.0, as well as the Music-Production Bundle, which includes both ADX TRAX Pro and VVC.

The Beach Vocals free sample pack by Past To Future Samples