AudioThing has announced the release of Environments – Piscina Mirabilis, a sample library for Native Instruments Kontakt. 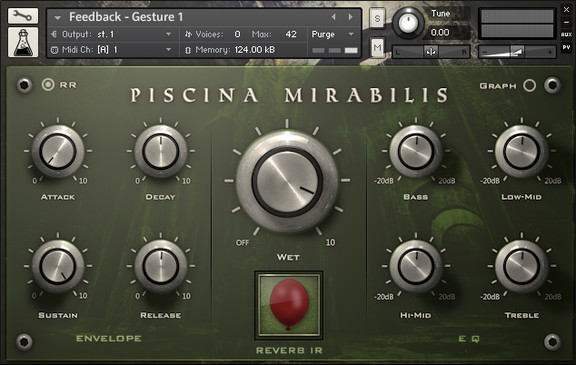 Environments Piscina Mirabilis features sound gestures from a handmade electroacoustic feedback setup and the impulse response (three different types) of “Piscina Mirabilis”, a roman water cistern located in Bacoli, in the northwest of Gulf of Naples (Italy). The cistern, made in Augusts era, is the largest Roman cistern for drinking water ever built.

The sampled instruments features feedback, strings, efx, and percussive sounds.
The setup consist of a handmade electroacoustic feedback system made of a several recycled objects such as a steel coffee can, plastic pipes, and modified springs used along with speakers and microphones. The result is an ensemble of resonators and reverberators in a unique environment.