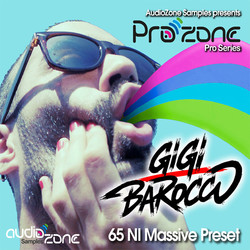 ‘Pro Zone Series: Gigi Barocco’ comes from Audiozone Samples and the incredible Italian sound engineer, producer, DJ and showman, Mr. Gigi Barocco. Audiozone Samples is announcing the beginning of a new era. This pack contains 65 presets for one of the most used soft synths in Electronic music, NI Massive.

The Pro Zone series, is the brand new series of releases made by internationally acclaimed artists that can really push your soundsets forward.

The soundset is available for £15 GBP.

The Drum Broker intros The Mutha Plucka by MSXII