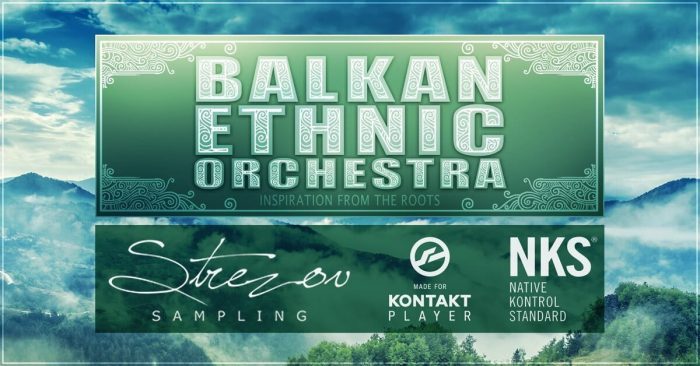 The library brings a complete Ethnic Orchestra at your fingertips, featuring a great deal of never before sampled instruments and inspirational colors.

Balkan Ethnic Orchestra includes everything you need to write authentic Eastern European Balkan music. From expressively playable folklore instruments and the infamous Balkan brass sound to an ethnic vocal quartet and solo percussion. It’s all right at your fingertips.

Every instrument inside this collection was developed the Strezov way, with the same attention to detail as in Strezov Sampling’s other critically acclaimed virtual instruments, featuring multiple mic positions, different short and long articulations, expressive phrases, true polyphonic legato and various ensemble sizes. Recorded at Sofia Session Studio using high-end recording equipment and the same approach towards liveliness and realism as their Next Generation Choir Series.