Sonic Charge has announced it is now beta testing Permut8, a new effect plug-in for Windows and Mac.

In an attempt to make life a bit more exciting we are currently beta testing two new releases simultaneously. One is a VST/AU called Permut8. You can see and hear it on our home page if you manage to solve the puzzle first. We don’t give anything for free here at Sonic Charge, not even screenshots or demo tracks :P. 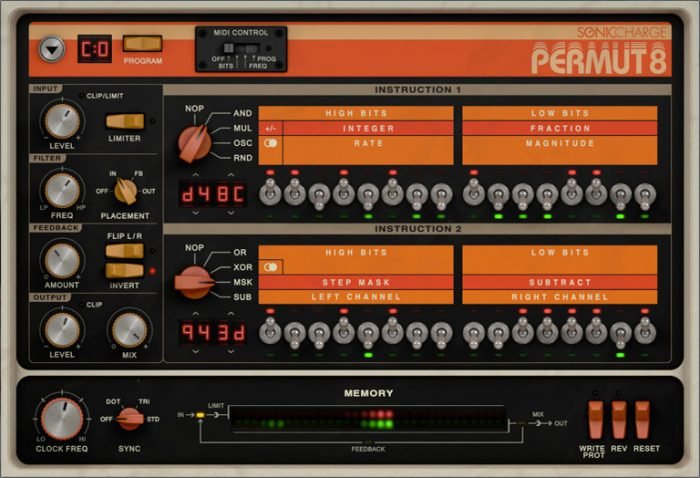 Couldn’t help myself ruining the screenshot puzzle, sorry! But what exactly is Permut8? Solve the puzzle at Sonic Charge’s website and have a listen at the sound demo for more clues.

Permut8 is expected to be released this summer. A beta version is available now (requires signup and impressive CV).

Sonic Charge is also working on Bitspeek RE, an adaptation of Bitspeek for Propellerheads new Rack Extension technology.

It adds some minor features compared to the VST/AU. For example it will analyse the stereo image of the source material and then reproduce it with the built-in synthesizer. What excites us the most about this port though, is the routing possibilities you get with Reason. Here is a video of an early prototype that shows a little bit of what you can do

Bitspeek RE will be ready when Reason 6.5 is launched this month.