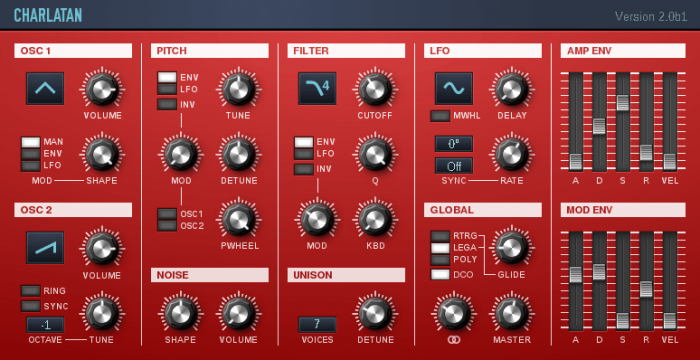 It comes with a flexible, yet not overwhelming feature set which encourages artists to start tweaking instead of just relying on presets. Inspite of it’s simplicity, Charlatan’s architecture is flexible enough to create both classic sounds and rather experimental noises.

While making no compromise about sound quality, the sound engine has been highly optimized for efficient CPU usage making Charlatan well suited as a “bread and butter” synth even in projects with a large number of plugin instances.