Blue Cat Audio has released version 1.2 of PatchWork and version 2.2 of MB-7 Mixer, a new version of its audio plug-ins that can host third party VST plug-ins. 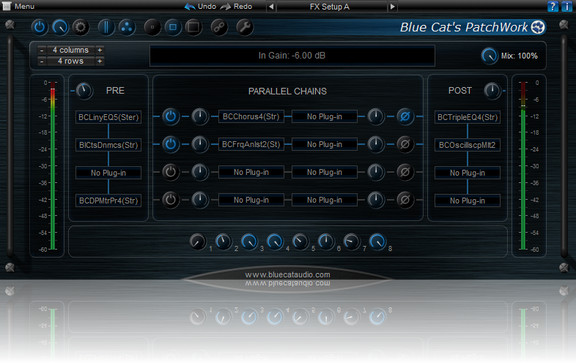 With Blue Cat’s PatchWork 1.2, Blue Cat Audio has added flexible MIDI routing capabilities to its “universal plug-ins patchbay”: it is now possible to connect hosted plug-ins together or with the host application to send and receive MIDI messages.

For both plug-ins, this new version also brings the ability to rename plug-ins instances, as well as several performance and compatibility improvements (full list below).