The Bob Moog Foundation has announced its exhibition of the iconic Moog synthesizer prototype, which will begin on August 14th as part of the Moogseum’s grand opening celebration Moogmentum: Synthesizing Innovation, Music, and Creativity.

The historic prototype, originally belonging to pioneering synthesist and co-collaborator of the instrument, Herb Deutsch, will be on loan to the Moogseum from The Henry Ford, based in Detroit, Michigan. 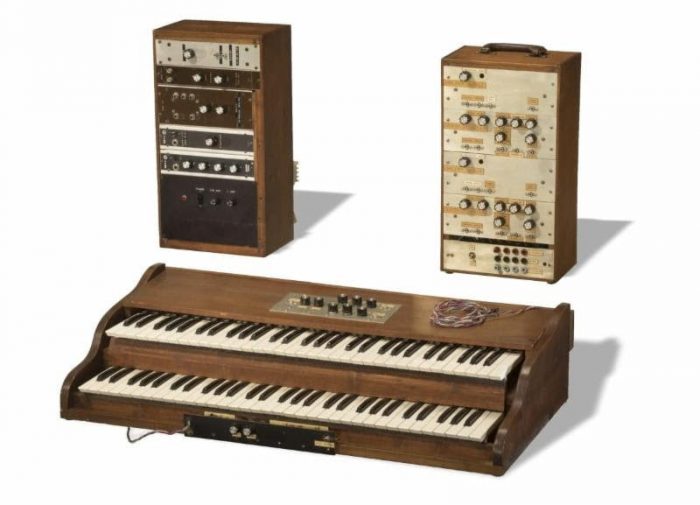 The Moog synthesizer prototype consists of two small hand-crafted cabinets of modules and an unusual dual-manual controller. It is widely considered the instrument that marked the genesis of a musical revolution. Bob Moog and Deutsch began working on the development of the prototype in the summer of 1964. The prototype was first displayed at the Audio Engineering Society in the fall of 1964, and was sent to Deutsch shortly thereafter. It has been part of The Henry Ford collection since 1982.

The one-of-a-kind prototype will play a central role in the Moogmentum series of events. On the evening of August 13th its development and early usage will be explored during In the Beginning With Herb Deutsch in Conversation with Larry Fast, taking place at the Asheville Masonic Temple theater. Previously unshared segments from the 84-minute “Abominatron” reel-to-reel tape that Moog sent to Deutsch explaining every parameter of the prototype will also be shared. The tape is part of the Bob Moog Foundation Archives.

On Wednesday, August 14th, Deutsch will unveil the prototype, which will be installed as part of the Bob’s Workbench display, and talk about the development of each of its parameters as part of a VIP event at the Moogseum.

“We are thrilled to work in collaboration with The Henry Ford to bring this rare, historic prototype to the Moogseum as a featured exhibit,” comments Michelle Moog-Koussa, executive director of the Bob Moog Foundation and the Moogseum.

“There is no other synthesizer artifact that speaks so strongly, or gives us such deep insights into the genesis of Bob Moog’s design work, and his long collaboration with musicians. We are inspired and honored to share it with thousands of Moogseum visitors.”

The prototype will be on exhibit at the Moogseum through May 23rd, 2020. Moogmentum takes place from August 13-15 in Asheville, NC.