Chris Carlson has announced an update to the Borderlands granular synthesizer instrument for iOS. 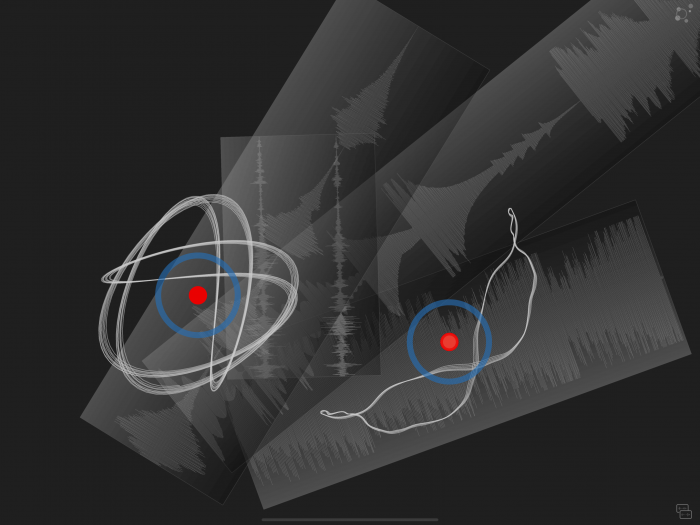 The app allows you to create, drag, and throw pulsing clouds of grains over a landscape of audio files, or use the built-in accelerometer to sculpt sound with gravity.

Explore, touch, and transform sound with this unique interface for granular synthesis, a technique that involves the superposition of small fragments of sound, or grains, to create complex, evolving timbres and textures.

Borderlands emphasizes gestural interaction over knobs and sliders. Create, drag, and throw pulsing collections of grains over a landscape of audio files, or use the built-in accelerometer to sculpt sound with gravity.

Borderlands costs $17.99 USD. Version 2.1 is compatible with all iPads and is a free update for all existing users. Plans for future updates include AUv3 support, MIDI/OSC I/O, and iPhone/Universal compatibility.