BOSS has announced a new pedal developed in collaboration with Sola Sound, the maker of the legendary Tone Bender fuzz pedals first introduced in the 1960s.

Housed in the classic BOSS compact chassis, the Waza Craft TB-2W Tone Bender is an authentic sonic recreation of the Tone Bender MK II pedal heard on some of the most influential guitar tracks produced over the last five-plus decades.

Among the iconic fuzz pedals in music history, the Tone Bender is one of the most revered and unique. Embraced by some of the greatest guitarists of all time, the pedal’s bold, rich voice and smooth sustain are forever embedded in the annals of rock and pop music history. Sola Sound produced numerous variations through the years, and many consider the late-’60s “MK II” version to be the ultimate Tone Bender voice. 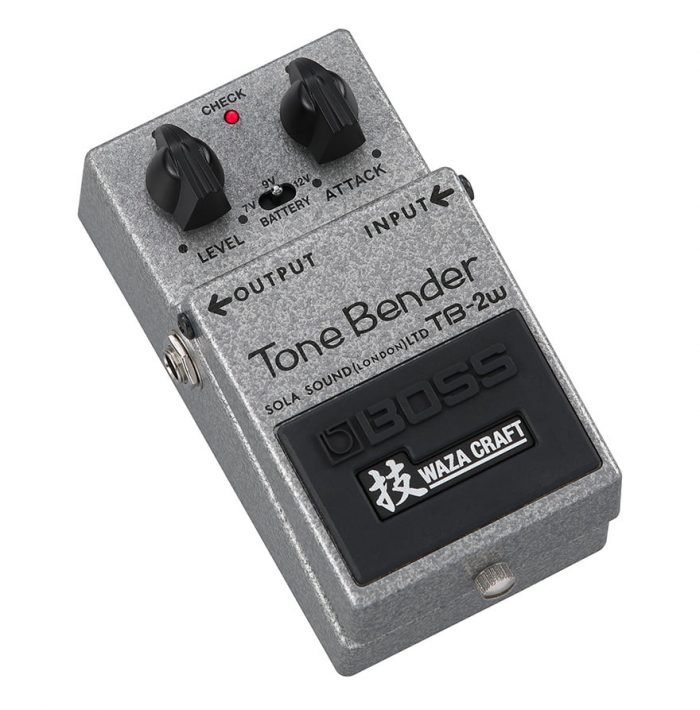 Save up to 95% on Ultimate Cyber Monday Bundles at Ghosthack