Bunker Strings represents a new approach to string texture sampling by letting you create dynamics and textural changes by literally changing the ensemble size on the fly.

With the density slider the user can control dynamics and density of the texture by seamlessly changing the ensemble size on the fly, something that is only possible through the power of sampling, making Bunker Strings a true virtual instrument in it’s right, and ideal for film, games and TV music.

Conceived and recorded deep underground in a WWII bunker in Copenhagen, Denmark, and mixed from over 19 hours of recorded material, Bunker Strings contains a selection of eclectic and quirky long articulations such as drumstick- and ricochet tremolo, but also features some of the most powerful short col legnos on the market, recorded using a drumstick instead of the traditional bow. It’s designed to be easy to mix with existing string libraries, thanks to the dry recording quality and useful stereo image controls on the interface.

The original prototype for Bunker Strings, “Scary Viola Pizz”, is now available for download free of charge in Kontakt and EXS24 formats. 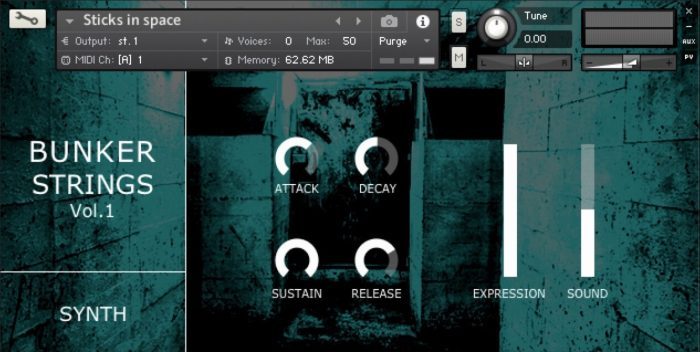