Cakewalk has released the Foxboro update for its SONAR music production software. 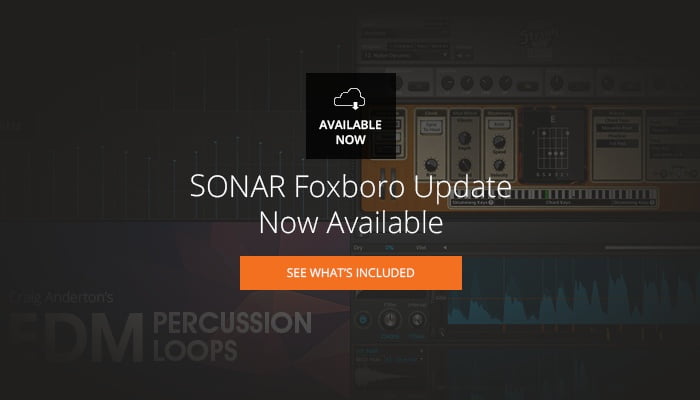 And of course, we couldn’t release Foxboro without poking a little fun at the recent New England Patriots controversy with our own version of Deflate Gate.

SONAR is available for purchase starting at $49 USD or $4.99 USD/month.