ScaleBud is a music theory tool for composers, artists and learners, allowing you to create chords and stay in scale. It features more than 40 of the most popular scales. 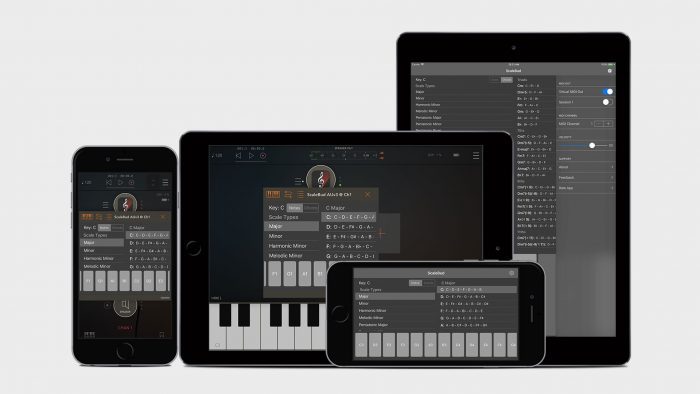 ScaleBud comes with an AUv3 MIDI plugin and standalone versions. You can directly control your iOS, Mac or PC audio apps with CoreMIDI. Just open the settings menu and select the MIDI Out you want to send MIDI to.

ScaleBud also supports Audiobus MIDI Sending and Filtering. You can send MIDI from Audiobus 3 app just like regular CoreMIDI workflow. Also, in Audiobus MIDI Filter mode, you can feed MIDI Input data from your hardware or MIDI app, and ScaleBud filters out the off-scale notes in note mode, or plays the corresponding chord, if any available, for each note, like a chorder, in chord mode.

Tominator plugin by Joey Sturgis Tones 50% OFF until August 1st!