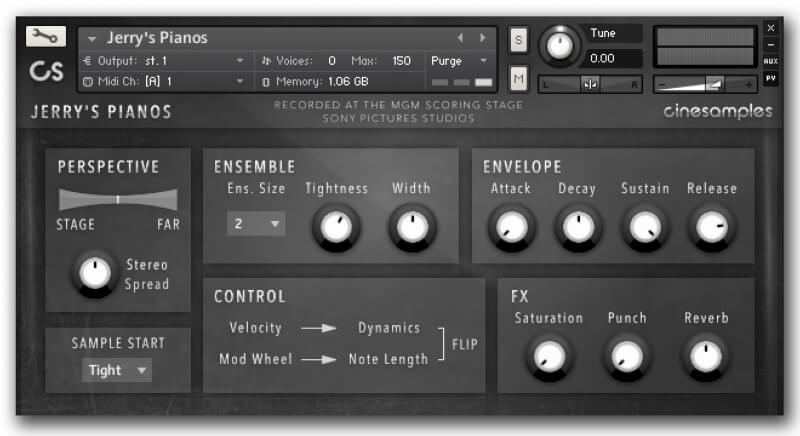 Often the orchestral piano is called upon to double rhythmic patterns at pitch – its percussive nature allows the texture to speak quicker and more precisely. Larger orchestral ensembles occasionally include a second piano for balance and color.

Orff employs two pianos playing the ostinato in his bombastic opening movement of Carmina Burana. John Williams uses two soli pianos to score the arrival of the AT-AT’s during the Imperial Assault on Hoth in The Empire Strikes Back. Don Davis often uses two pianos in quasi arpeggiating motifs during the chase sequences in his Matrix Trilogy scores. Quasi random, fast moving patterns in the lower octaves are a mainstay of modern cinematic orchestral writing.

With this patch we captured two pianos playing tutti/unison at the Sony Scoring Stage. The pianos were placed in deep orchestral position on the violin side slightly wider than the French Horn section. Concentrating on the lower range, we sampled sustains and staccatos on the two house grand pianos.

We’re certain that Jerry’s Piano will become a useful tool in any composer’s palette.

Leap Into The Void releases Polymorphic Atavism for Bazille