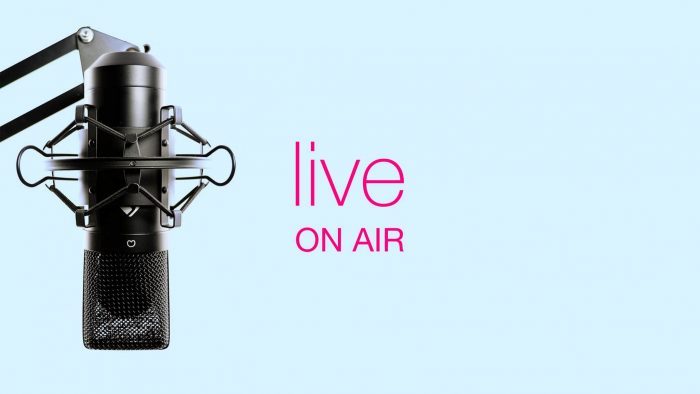 Once upon a (relatively recent) time there was no cross-platform, easy-to-use application able to broadcast live audio in high quality at low costs. Clearly all other streaming and re-streaming solutions out there at the time targeted moving picture. But behind the scenes all that was all set to change, fortunately. Focusing on the development of hitherto unheard of specialised performance tools to enhance audio production, composition, and music-making from within The Dialog Audio Laboratory, a creative space occupied by a group of people passionate about music and research, sharing their knowledge in different areas of science, Dialog Audio has been busy developing a professional live streaming audio application since 2017.

Fast-forward to today, and an audio enthusiast’s dream live streaming service — simply called live — is open for public beta testing, thanks to the talent and tenacity of Dialog Audio, self-confessed audio enthusiasts themselves. The specialised audio performance tools developer’s goal is to provide audio content producers with a service facilitating freedom to easily live stream their art professionally without the need to also try to provide a professional video stream, which can quickly become prohibitively and — as far as audio enthusiasts are concerned — unnecessarily expensive. Enter live, a wonderful world where bands, DJs, and musicians plus podcasters and spoken-word artists — not forgetting, of course, concert halls, festivals, and other venues — alike can quickly use this service to increase visibility on social media platforms and add value to fans and customers alike by providing professional audio streams.

It is important to Dialog Audio, therefore, that their streaming service’s setup is straightforward, so users can focus on the task at hand — to professionally perform their art or profession without worrying about the technical aspects of streaming. Simply speaking, live lets any audio enthusiast easily accomplish all aspects of their mission, musical or otherwise.

On the face of it, then, mission accomplished as live itself is comprised of only three key components. Counting quickly through them in order of service, the live user server is where users manage their streaming licenses and check stream reports, etc. Elsewhere, Live Processor is the cross-platform desktop application available for macOS and Windows — where it can be natively installed — to allow stereo configuration audio sources to be streamed in all common streaming formats to the live stream server; thankfully the software automatically detects the closest endpoint (that is fastest to reach) out of 21 available worldwide, which keeps latency low. Last but far from least, that live stream server transcodes the incoming stream into the selected stream formats; from there, the server simultaneously distributes the stream to several user-selectable destinations, including RTMP (Real Time Messaging Protocol) servers to stream to the likes of Facebook, Twitch, and YouTube, or HLS (HTTP Live Streaming) via Dialog Audio web servers, backed by AWS (Amazon Web Services).

The first 1,000 people to register will receive a 25-hour streaming license for free, which will be valid until October 15th, 2020.

Two pricing models — ‘pay-as-you-go’ (allowing any user to stream when needed without being bound to any subscription) starting from $1.00 USD per hour, and ‘monthly subscription’ (for users who want to stream on a regular basis at a very low-cost rate) starting from $0.20 USD per hour — are available for live via its dedicated webpage, which also includes more in-depth information.

Live Processor is available to download for macOS (10.7 or higher) and Windows (7 or higher). Save 50% on FXpansion Geist 2, Expansions Bundle available for $59 USD