Following a global debut at NAMM in January, DiGiGrid will be giving a European launch to its new Desktop series at MusikMesse in April. Designed to ensure that the audio professional’s working environment is as uncluttered as possible, the four new products may be small, but they squeeze in a lot of features. 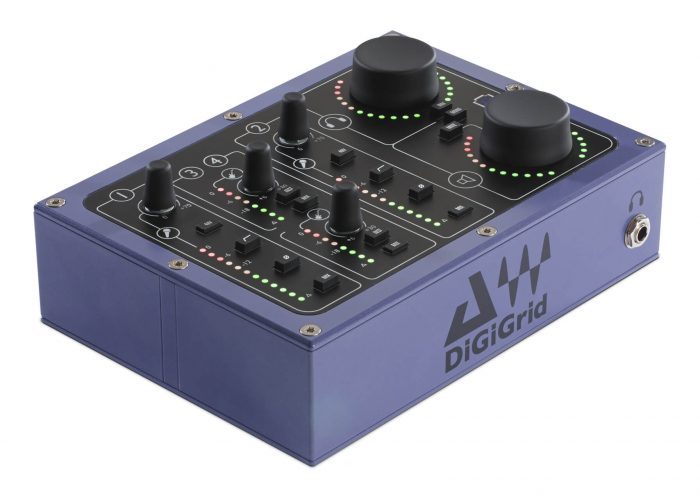 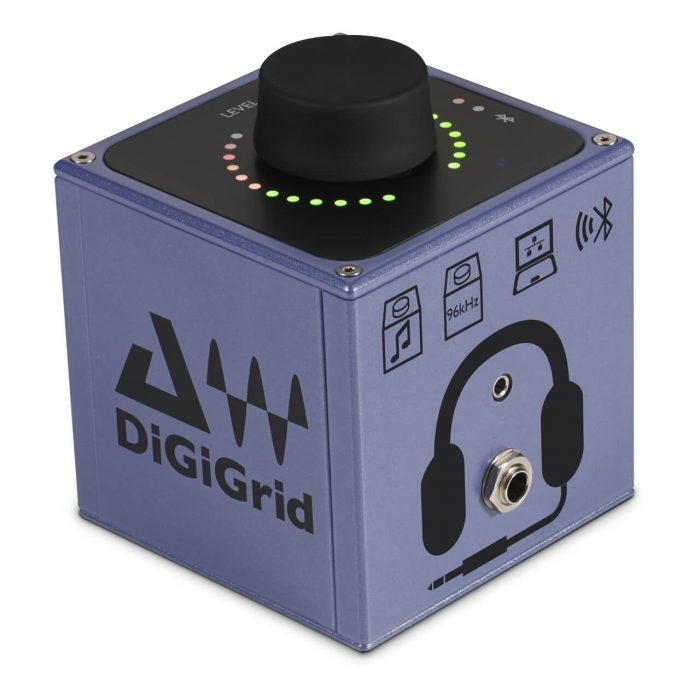 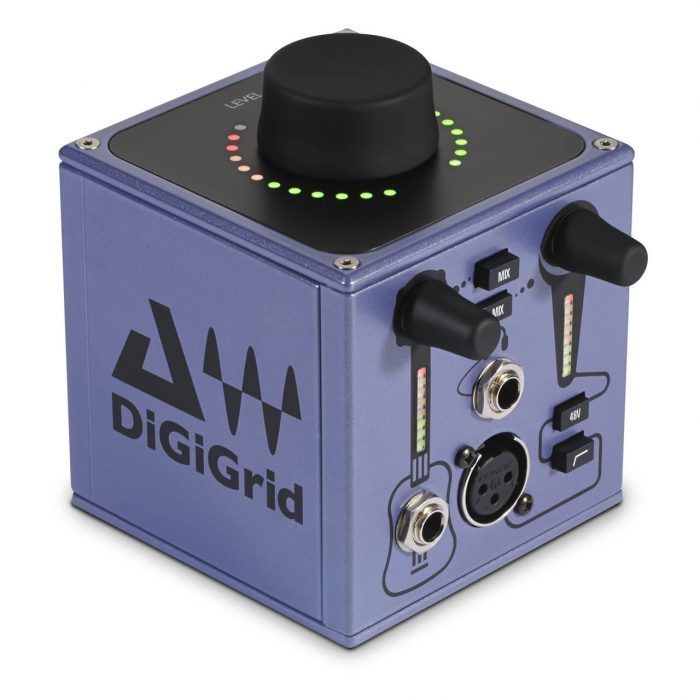 A core design feature of the Desktop series is that it maintains the principles of DiGiGrid’s Networkable solutions. Key to these are natural, high quality audio reproduction and total integration with any other DiGiGrid product. Whether used as a standalone item or as part of bigger systems, each Desktop product offers exceptional functionality and all the benefits of the SoundGrid network system.

As powerful as it is sleek, the [Q] headphone amplifier measures just 90mm3, but is designed to drive headphones at enough level to keep even the most ardent of volume enthusiasts happy. Featuring both 1/4-inch and 3.5mm outputs, and able to accommodate any headphones up to 600 ohms, [Q] is fully controllable and has four input options to suit all users: AES/EBU (for professional use), Ethernet/CAT5 (to connect to the SoundGrid Network), Analogue (for the consumer audiophile) and Bluetooth, for working direct with digital music collections.

Also measuring only 90mm3 and featuring simple plug and play functionality, the [M] musician recording interface delivers simultaneous monitoring and recording capabilities through two inputs and two outputs. Many combinations can be accommodated, with Input One dedicated to mic/line and Input Two instrument/line. Thanks to its high quality A/D converters and industry-proven mic preamps, audio capture is of the highest quality, while a high power headphone output is provided for monitoring.

With a simple Ethernet connection to a Mac or PC running any DAW, [M] provides a simple, standalone, high quality audio interface. It also integrates seamlessly with any other DiGiGrid product, providing expansion possibilities that are practically endless. There’s an optional mic-stand adapter, which works with [Q] and [M] for ease of placement .

Designed in much the same way as [M] and [Q], the DiGiGrid [D] is a more expansive option with four inputs and six outputs. [D] provides remarkable flexibility in all applications, with Inputs One & Two dedicated to mic/line, and Three & Four to line/instrument. There are two outputs with level control – ideal for monitoring – and two further fixed level line outputs. At home, in the studio or on location, the user can monitor with headphones or speakers and expand their favourite DAW’s recording capabilities.

The DiGiGrid [S] is the ultimate in fixed networkable power sources. In keeping with the rest of the Desktop series, it is sleek, compact and it features one upstream (non-PoE) port, and four downstream PoE ports, allowing connection to four further DiGiGrid devices. The [S] is the perfect complement to growing networked audio systems both now and in the future.

“DiGiGrid products are synonymous with sonic quality and exceptional networking capability. By combining these qualities with an ultra-compact footprint and attractive price point, the Desktop series brings these qualities to a much wider user base,” says DiGiGrid’s Mick Anderson. “From professional engineers right through to project studios, and those who just want to enjoy recorded music at its best, the Desktop series is designed to be the ideal solution.”

The Desktop series will be on show at DiGiGrid’s stand E24 on Level 1 of Hall 9.1 at MusikMesse, which takes place at Frankfurt Messe from 7th-10th April.
The products will be available from Spring 2016.