discoDSP has announced an update to the OB-Xd synthesizer for iPhone and iPad. 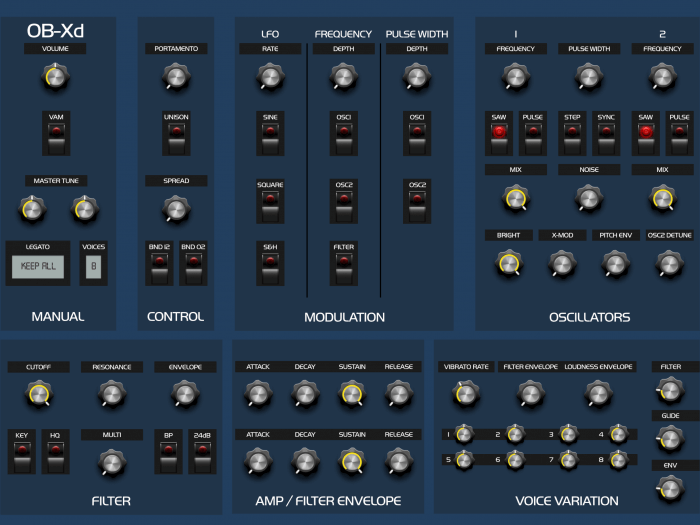 OB-Xd is based on the Oberheim OB-X. It attempts to recreate its sound and behavior, but as the original was very limited in some important ways, a number of things were added or altered to the original design.

OB-Xd was designed to sound as good and as rich as the original. It implements micro random detuning. Also, like many synths of the OB-X’s generation, the OB-Xd has no internal effects so its sounds and textures can be greatly enhanced by the use of additional processing like chorus, reverb, delay, etc.

OB-Xd mobile is available to purchase at App Store for $3.99 USD.

discoDSP has also announced the launch of its storewide Black Sale, offering a 50% discount on all products until December 1st, 2019.

Get Wicked Drum Hits by Black Octopus for FREE until November 26th!