Audio Plugin Deals is offering the Memory-V virtual synthesizer instrument for IK Multimedia’s Syntronik and SampleTank as a free download for the next two weeks. 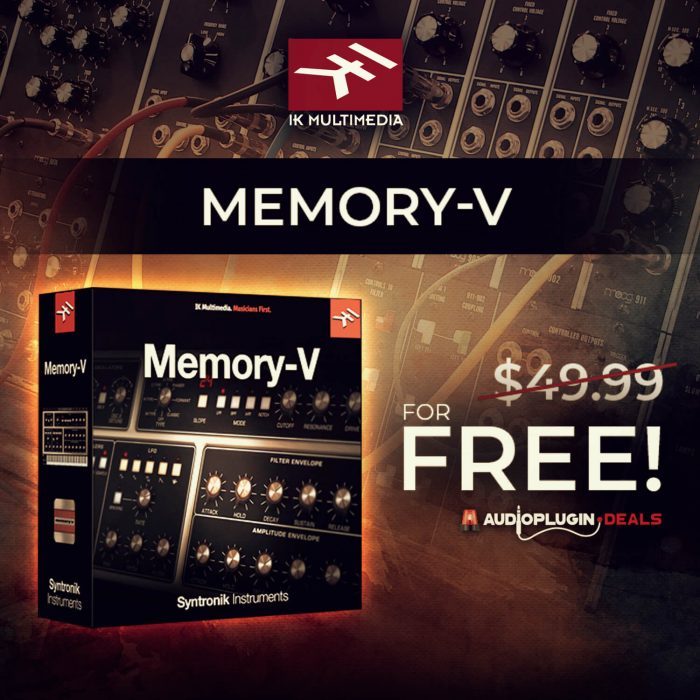 Memory-V is based on the classic 18-oscillator Memorymoog analog polysynth.

Manufactured from 1981 to 1985, it’s often described as six Minimoogs in one unit! Its timbral palette is nothing short of impressive, capable of producing a huge variety of sounds including strings, brasses, pads, flutes as well as more percussive sounds.

The Memorymoog has earned the reputation of being one of the fattest-sounding analog polyphonic synthesizers ever made – and rightly so – but also of being somewhat unreliable and prone to damage. While, for most musicians, owning one is a fantasy – second-hand units can command a five-figure sum – the high price of maintenance is also a concern to most synth aficionados.

IK Multimedia wanted to truly immortalize this gem’s analog soul once and for all, so everyone could take advantage of its unmistakable sonic power.

IK Multimedia sourced a pristine unit, recorded the single oscillators, innovative combinations of multiple oscillators, along with unison stacks, pulse width modulation, and synched oscillators plus some classic full patches to bring this legendary beast to life once more.

The instrument includes 5 GB of content with over 6,000 samples, 148 instrument presets and 4 multis.

Note that the instrument requires Syntronik 1.2 or higher or SampleTank 3.7.2 or higher. The free version of Syntronik is supported.