Plugin Boutique has launched a sale on the new 60s Motown Kit, a recreation of the 60s Motown drum sound recorded at Livingston studios. 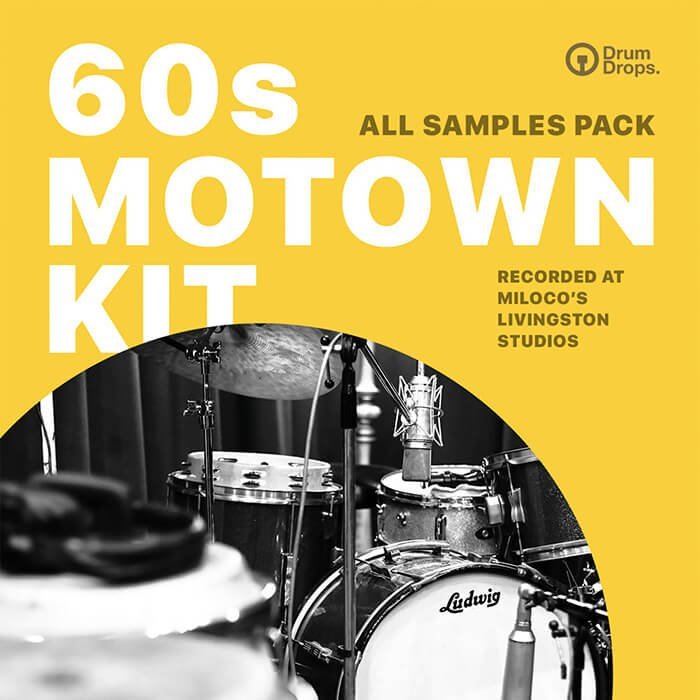 To recreate the 60s Motown drum sound is almost impossible. Kits varied from session to session as did the drummers, heads and equipment but Producer / drummer Timmy Rickard studied the sound and we think we nailed it. Recorded in a large live room at Livingston 1 studio in London, the room was mic’d up as if there was a full Motown band in the room – brass section, vocal mic, talkback mic and then two mics on the kit – a kick, and a kit mic placed above the bass drum, between the rack toms and below the ride. Mix these mics into a 60s kit and voila the 60s Motown drum sound is created.

For the kit we used Timmy’s 1960s Ludwig club date kit with a 20” x 14” kick drum one 12” x 8” rack tom and a 14” floor tom. Four snares were used – two Ludwig Pioneer Snares, a Ludwig Hollywood Snare and a Slingerland Shelbyville Snare. We used two cymbals, a Zildjian Trans Stamp and a Zildjian Constantinople Hammered cymbal (both doubled up as rides and crashes) and some Zildjian vintage hi-hats. Across the tracks there is tambourine, claps and congas. All the drums used Remo Ambassador heads. Mic wise we used Neumann Valve U47’s & 67s, Coles ribbon mics, a Sony C38b and an AKG Valve C28. Mic pre’s used were UA2-610’s, Telefunken V76s and a Neve 1073. All of the mics were recorded without EQ or compression except the overhead microphone which used an EAR vale EQ and compressor.

The Samples & Drum Replacements packs are available now at 20% off until August 15th. BFD and Kontakt Kits are coming soon.